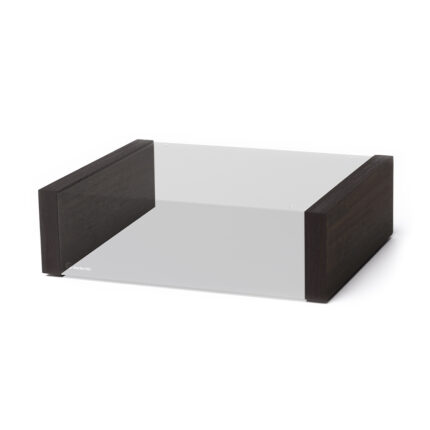 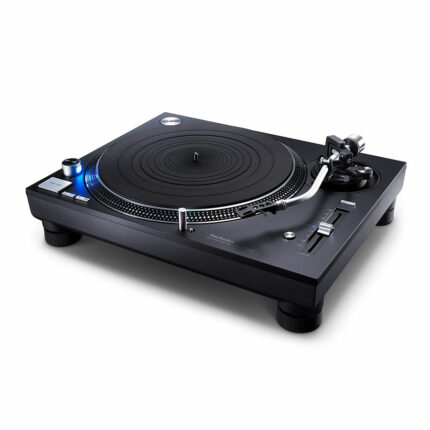 Launched in 2016, the SL-1200G combined Technics‘ traditional analogue technology and advanced digital technology. Its outstanding performance literally rocked the hi-fi market and redefined the reference for direct-drive turntables.
Parts from the SL-1200G were newly developed to create the SL-1200GR, such as the coreless direct-drive motor and precise motor control technology, high-rigidity platter and high-sensitivity tonearm. This ensures audio enthusiasts using the SL-1200GR can enjoy music with the rich, robust sound of analogue records.

Unlike belt-drive and other systems, direct-drive systems rotate the motor at low speed and directly drive the platter. This concept provides numerous advantages, such as the almost complete absence of degradation in S/N ratio due to motor vibration and deceleration mechanisms, as well as high reliability over a long period of time because of not requiring parts replacement.
In 2016, Technics developed the twin-rotor, surface-facing, coreless direct-drive motor with rotor magnets placed on both sides, eliminating the rotation irregularity of the motor, referred to as “cogging,” which was a unique issue for direct-drive systems. This motor was adopted for the SL-1200G, which once again drew a significant response in the hi-fi market. The SL-1200GR inherits the same design philosophy with the new development of a single-rotor, surface-facing, coreless direct-drive motor, resulting in the elimination of cogging.
The SL-1200GR’s rotation control, which verifies and corrects the precision of the motor, uses the latest motor control technology cultivated in the development of Blu-ray devices, just as that used by the SL-1200G. In addition, the electrical circuitry has been tuned to ensure the newly developed motor of the SL-1200GR achieves maximum performance.

The platter achieves high-rigidity and vibration-damping characteristics by using a two-layer construction with deadening rubber applied to the entire rear surface of the aluminum die-cast. This eliminates the unnecessary resonance that is otherwise relayed to the record, thereby producing clear sound.
To increase the inertial mass and to reduce vibration, the shape of the aluminum die-cast portion was optimized by simulation. At 2.5kg (including the rubber mat), the SL-1200GR platter is 0.8kg heavier than that of the previous SL-1200MK5. Also, the back surface of the platter features strengthening ribs to improve rigidity. Increasing the surface area of contact with the deadening rubber achieves damping characteristics that are more than twice as good as those of the SL-1200MK5.

The tonearm tracks the rotation of the record and enables reading with high precision. The tonearm inherited by Technics is the traditionally used static-balance universal S-shaped tonearm, employing an aluminum pipe with excellent light weight and rigidity for the material of the tonearm pipe.
With its gimbal suspension construction, the tonearm bearing section of the SL-1200GR uses a cut-processed housing that employs high-precision bearings, as in the SL-1200G. The high initial-motion sensitivity of 5mg or less is achieved through manual assembly and adjustment by skilled Japanese artisans. This enables the grooves etched into the records to be accurately traced.
Gold-plated phono terminals and ground terminals for detachable cables are provided below the tonearm, so a wide variety of cables can be selected. Also, the use of metal shielding construction inside the case reduces the effects of external noise.

The SL-1200GR ensures high-rigidity by using a body with a two-layered construction solidly unifying the BMC and the aluminum die-cast chassis.
For the insulators supporting the body, as with the SL-1200G, the SL-1200GR uses special silicon rubber that ensures both high vibration damping characteristics and long-term reliability. Vibration in the horizontal direction is absorbed by reinforcement with cylindrical tubes using microcell polymers. While inheriting the technology of the SL-1200G, the insulators have been modified to specifically suit the characteristics of the SL-1200GR. 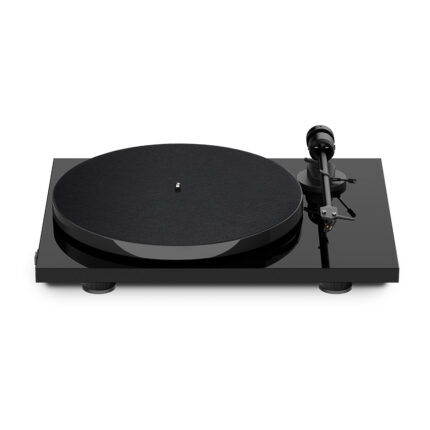 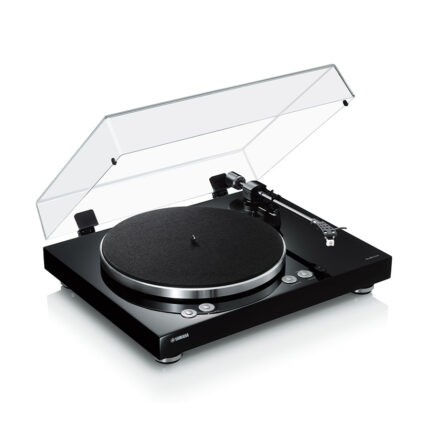 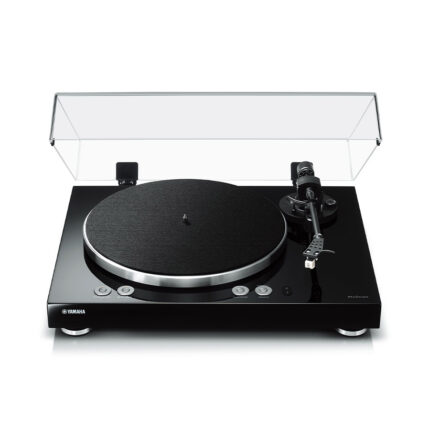 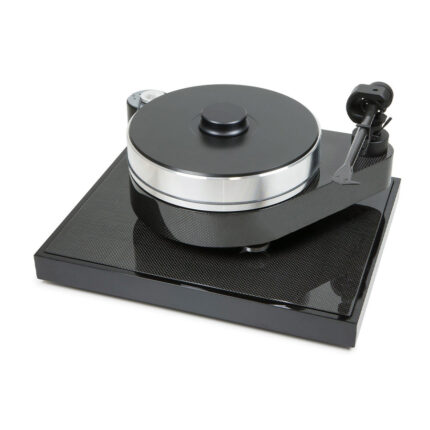 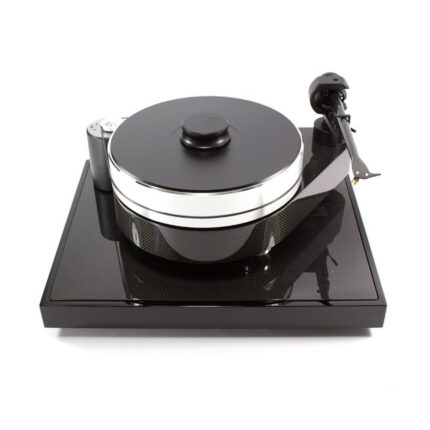 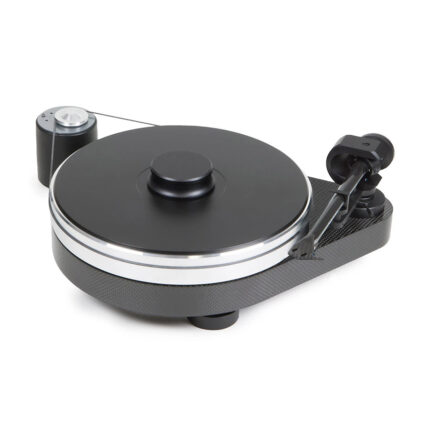 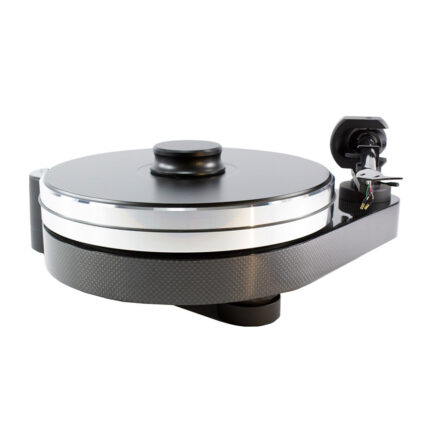 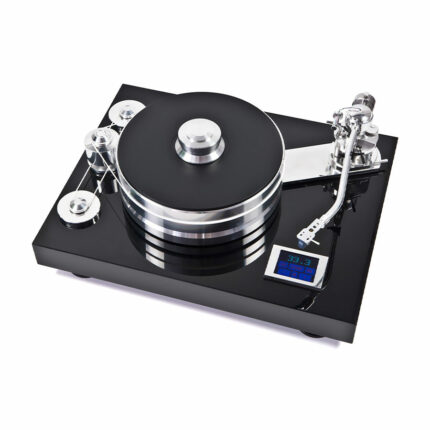 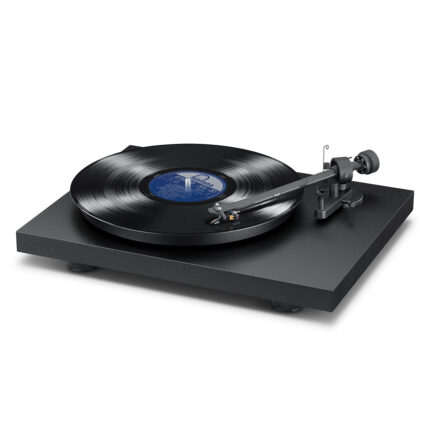 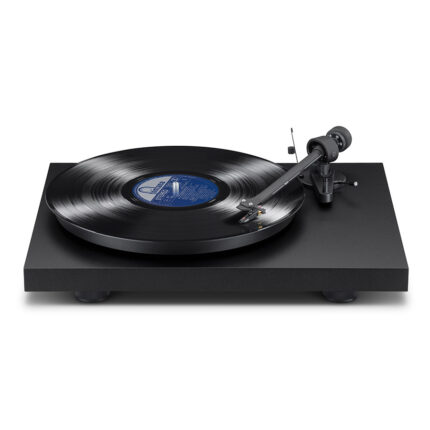 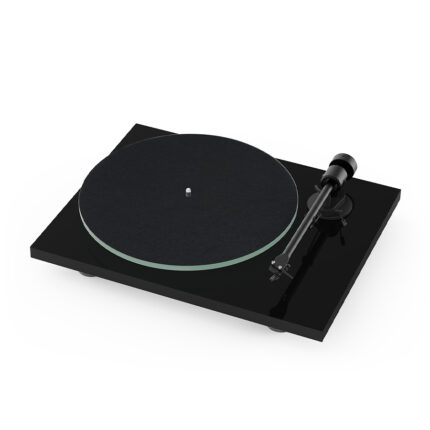